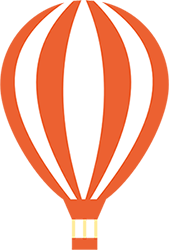 IGEA is delighted to have Tencent Games support this year’s AGDAs event and champion the Australian game development industry.

For outstanding achievement in the field of Art through taking the medium to a new and interesting style, unique creations, and/or through breath-taking visuals.

For outstanding achievement in the field of Gameplay through high quality design, engaging and innovated gameplay.

For outstanding achievement in the field of Narrative design, innovation, and creative intrigue with the game narrative.

For outstanding achievement in the field of sound design, audio engineering, music and voice acting.

Game Of The Year

For outstanding achievement in a game that revolutionises the genre, shows exceeding excellence across categories and stands as a testament to what incredible games the Australian Games Industry can produce.

For outstanding achievement in the field of Accessibility, in impact, inclusion and a reminder that gaming is for all.

For outstanding achievement in the field of Mobile gaming for engaging, innovative and immersive use of the technology and genre.

For outstanding achievement in the creation of games that are designed to educate and promote behaviour and/or attitude change.

For outstanding achievement in the field of Games as a Service, recognising the importance of maintaining high quality design whilst working with your community and welcoming new players onboard to a living product.

Studio of The Year

The Studio of the Year of the award honours a studio that stands as a testament of what an Australian Studio can be.

Adam Lancman shaped the Australian Games Industry as we know it today.

Adam started out in games as the financial director of Beam Software in the early 80s, climbing the ranks to CEO, and later a founding member of Melbourne House for the duration of his career.

For more than 2 decades Adam traveled extensively, promoting the Australian industry internationally and was the strongest advocate of his day.

When the GDAA was established in 1999 – Adam was appointed its first president where he began laying the groundwork for where we are now.

Under the banner of the GDAA, Adam fought hard, working with government to get games recognised as a creative industry, educate stakeholders on games for the future economy, and worked tirelessly to raise our international profile.

This award is in memory of Adam’s work and early advocacy in games, of all the foundations he laid for us and to remind us all of the work and care that has been put into our industry.

The Adam Lancman Award (excellence in the industry) honours an individual or individuals who have helped the game industry advance to a better place, either through facilitating a better game community from within, or by reaching outside the industry to advocate for video games.

The Rising Star Award honours those who have made significant contributions to the Australian Games Industry in the past 1 – 5 years. They have become invaluable members to the community and show immense talent in their field, constantly working to facilitate a better space for the local industry.

The Raising The Bar Award

Each year we would like to provide an award that is intricately linked to the GCAP theme. This year’s award, Raising the Bar is for an individual or individuals within the industry who have Raised the Bar on industry performance, excelled in their work within the industry and raised the bar within their community, culture and team to ensure success, both personally and professionally.

The 2021 AGDAs is planned to take place on the evening of Wednesday 6 October 2021 at 7PM as a digital streamed event.

We welcome everyone to join us in our celebration of the incredible talent of the Australian games industry.

All winners will receive an award, acknowledgement in all related media activity, and on the official GCAP 21 website at https://gcap.com.au.

*Accurate release dates are provided in good faith by the applicant, the judging committee reserves the right to validate the legitimacy of these release dates as per their discretion.

Please note that all game categories must receive a minimum of 3 entries in order to proceed with an award.

All winners will be selected by the Australian Game Developer Judging Committee based on submissions received during the nomination period. The Award Committee is comprised of external experts, with a strong knowledge of both games and the game development industry.

Games will be judged by the expert committee using the publicly available assessment criteria.

No submissions will be received or acknowledged after this date.

Decisions of the Awards Committee are final and no further correspondence will be entered into once judging is complete.

Finalists will be notified via email and publicly two weeks in advance of the AGDAs ceremony.

For any questions about the awards or judging process, please contact agdas@igea.net

Please note that The AGDAs is a competition based purely on skill, no chance plays a part in the judging process.

Winners of the Adam Lancman, Rising Star, Studio of the Year, and the Raising the Bar Awards will be announced on the night.